Coming Out is a Fad. Coming Into Is All the Rage! 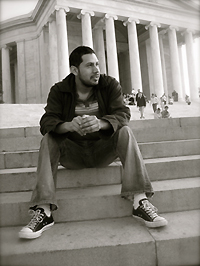 Now don't get the wrong idea, I'm NOT denying the good that's apparent in "Coming Out", like moving from non-acceptance to self-acceptance, being honest with yourself and others, being visible instead of invisible, or experiencing freedom that comes from being "Out".

I just don't understand the other part of "Coming Out". The part that involves continuously telling everyone, "I'm gay, lesbian, bisexual, pansexual, queer, trans, asexual . . ." The part that involves telling and then being assigned a letter of the alphabet. The more I think about it, the more I wonder if the only reason why "Coming Out" exists is because culture segregated people into genophobic closets. (I'm using the term "genophobia" here to not only include the fear of sexual intercourse, but also of sex and of sexuality, in general).

In the recent past, I've met others who do not understand "Coming Out", as well. It's not that they are ashamed of who they are, that they live in culturally imposed closets, or that they're not living in tune with their sexuality. Rather, shockingly, they don't believe there's a need to "Come Out" with a bold confession of their sexual identity anymore and I can relate. "Coming Out" is a fad. Where we once needed people to "Come Out", maybe a day is quickly approaching when future generations won't even know what "Coming Out" means anymore.

Sometimes people of race have to deny that they are not of one race or another. I often have to refute that I am not Indian, Persian, Middle Eastern, etc. It would be absurd to say that by admitting I'm actually Mexican that I've "Come Out", since I've never had an experience where I've had to hide my Hispanic'ness.

I doubt most of us are any good at hiding what's apparent anyways. In fact, hang around me long enough and the essence of my racial identity is apparent - true also with my sexuality. I have "Come Into" both quite honestly, quite naturally.

"Coming Into" sexual identity seems more genuine to the human experience than "Coming Out".

I've said once that being brown is not defined by the way I speak, the food I eat or the music I choose to listen to. Being brown, by its very nature, cannot be identified solely by the mind and is continual, spiritual and beyond the restrictions of any classification. Likewise, being straight, gay, bisexual, trans, queer, or whatever sexual identity we subscribe to is not defined by how we speak, or what we choose to wear, or who we socialize with.

It is in essence – intangible and constant, ethereal and beyond the boundaries of human stereotyping.Aaron Florence is a writer and speaker (his day job is in Geekery and Organizational Development). He has been a Speaker and Keynoter at various colleges, universities, and conferences throughout the US playing the role of provocateur. He enjoys flirting with the topics of religion/spirituality, culture, marriage and sexuality, amongst other things. He lives in the Washington, DC area and is an architect of the Bisexual Men's Alliance of DC (BIMA DC).

About BIMA DC, he says, "I believe in the power of fringe communities. How much closer to the edge can one get than Bisexuals? It's this group that will push our understanding of sexuality and relationships in the 21st Century."
Posted by BiNet USA at 3:52 PM