San Francisco, CA – 6 October 2009 – The San Francisco LGBT Pride Celebration Committee announced today that Amy Andre will be the next person to head the organization as its executive director. The announcement concludes a national search that began in March of this year. 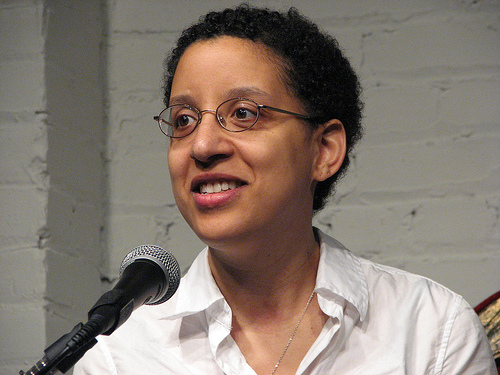 "We are absolutely thrilled to welcome Amy Andre to the Pride team with her wealth of talent, experience, and history of activism as we continue planning and preparing for the fortieth anniversary San Francisco Pride Celebration and Parade in June of 2010. In the capable hands of Amy Andre and our Board of Directors, San Francisco Pride will continue to build on the momentum that this organization has achieved with the dedicated support of our members, volunteers, and community over the past decade."

Interim Executive Director Joshua Smith stated, “Amy brings together a unique mix of skills, which builds upon our past while preparing us for a bright future.”

Along with an MBA, focusing on nonprofit management, from UC Berkeley’s Haas School of Business and a master’s degree in sexuality studies, focusing on LGBT community issues, from San Francisco State University, Amy Andre has over a decade of experience working in various capacities with local and national LGBT nonprofit organizations.

As a Point Foundation Scholar, Andre earned her MBA this past Spring. Prior to that, she worked at Out & Equal Workplace Advocates, criss-crossing the nation to educate thousands of employees and executives at Fortune500 companies such as Wal-mart, Hyatt, and Motorola about LGBT rights. Before coming to Out & Equal, she served as Vice President of the Board at Open Enterprises, a cooperative where she worked for almost seven years.

The co-author of "Bisexual Health: An Introduction and Model Practices for HIV/ STI Prevention", a book published by the National Gay & Lesbian Task Force, BiNet USA and the Fenway Institute. Andre has articles in Curve Magazine, Alternet.org and The Bilerico Project, among dozens of other publications. A film aficionada, she is also the director of the internationally-screened documentary On My Skin/En Mi Piel, about a mixed-race transgender man and his family, and volunteers annually to curate the Bi Request program at Frameline’s San Francisco International LGBT Film Festival.

A lifelong Bisexual and LGBT activist originally from the East Coast, Andre has lived in San Francisco since 1997. She currently resides in the Castro with her fiancée, filmmaker Kami Chisholm, PhD.

Regarding her selection, Andre commented,


I’m honored and delighted by this opportunity to be a part of Pride. Celebrating ourselves is one of the most important, courageous, affirming, and, yes, even political, things we as an LGBT community can do. This year’s theme is Forty and Fabulous. But, of course, Pride has always been fabulous, and we’ve got even more wonderful things in store! I’m really looking forward to working with the incredible staff and Board.

A world leader in the Pride movement, SF Pride is also a grant-giving organization through its Community Partners Program. Since 1997, SF Pride has granted over $1.6 million dollars from proceeds of the Pride Celebration and Parade to local non-profit LGBT organizations and those organizations serving the HIV/AIDS and breast cancer communities.

2010 marks the 40th anniversary of the San Francisco Pride Celebration and Parade. The theme is "Forty and Fabulous" and the event will be held over the weekend of June 26 and 27, 2010. With over 200 parade contingents, 300 exhibitors, and more than a dozen community-run stages and venues, the San Francisco Pride Celebration and Parade is the largest gathering of LGBT people and allies in the nation. The two-day celebration is free and open to all.
Posted by BiNet USA at 7:42 PM