Fred Phelps' clan is coming to Boston to spread their Anti-Gay {Lesbian, Bisexual/Pansexual and Transgender}, Anti-Semitic message at Schools and Temples across the city. 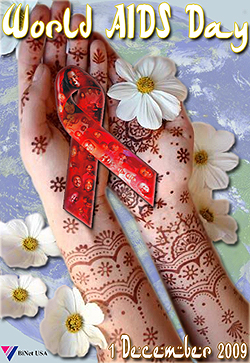 You can help turn their awful message into positive change!

The "God Hates Fags" Westboro Baptist Church (WBC) is planning at least four pickets on Tuesday, December 1st 2009. They will protest the World AIDS Day conference at the University of Massachusetts, then taunt the students at Brookline High School, next they will head over to the Hillel House at Boston University, and then to Temple Israel to attack openly-gay, Jewish, Congressman Barney Frank.

However, when the Phelps group comes to Boston to protest LGBT equality and spread their anti-Semitic message, they will actually be raising money to promote LGBT equality, raise AIDS awareness, and fund Jewish community centers.

We are hosting a Phelps-A-Thon to counter Fred Phelps' hateful message. For every minute the "God Hates Fags" clan is protesting, we will be collecting donations for each of the organizations the clan is protesting against!

Visit www.Phelps-A-Thon.com to chose the location you'd like to support. You can pledge any amount you chose, whether it be 25¢, 50¢, $1 or even $2 for every minute they protest. You can even pledge a flat rate for the entire time the group will be demonstrating.

The point of this Phelps-A-Thon is two-fold. First, we are using Phelps' own hateful message to raise funds for a good cause, one that will help counter the lies that are being spread by WBC. Second, after the event, we will send Phelps a thank you card, telling him how much money he raised. This will certainly upset the group and it is possible that they will stop protesting in order to stop our fundraising.

During a three-month trek across the United States in an effort to promote LGBT equality, Chris Mason, Founder of Phelps-A-Thon, stopped in Topeka, Kansas to visit the Westboro Baptist Church. He sat down for a conversation with Shirley Phelps, the daughter of Fred Phelps and new leader of the group to get a better understanding of why the groups feels the need to spread hate.


On the "God Hates Fags" website, Phelps has this to say about the upcoming protest at one of the schools, "University of Massachusetts - Thank God For AIDS, stupid! 100 William T Morrissey Blvd That is what WBC has been saying since back in the day when AIDs was the event d'jure. Now we say, that is sooooo last century. How's that defying AIDs going for you hypocrites? You whose parents told us in Washington D.C. "you say don't f***, we say F*** YOU!" That's right, now you have put your friends children on the job, huh? Lot's of luck. Deuteronomy 28:27 The LORD will smite thee with the botch of Egypt, and with the emerods, and with the scab, and with the itch, whereof thou canst not be healed. God warned you through his prophet, Moses of this day. You did not heed, so you get the curse. Tah dah! That is how Our God rolls, and he is YOUR GOD! Praise Him! AMEN!"

We can turn these hateful words into positive change.X-Posted from Chris Mason www.phelps-a-thon.com email: Chris (at) Phelps-A-Thon (dot) com
Posted by Estraven at 7:54 PM