We have a Donation Challenge from Robyn Ochs who has sent a note to BiNet USA President Garry North saying: 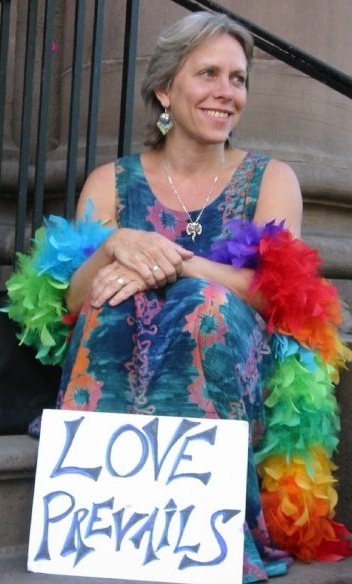 And if you can send me the names of 5 more people who make a donation to BiNet USA between now and midnight on Wednesday, December 30th, I'll double the size of my donation.

And those of you who are reading this: consider being one of the five by making a donation.

So what do you say people? WE NOW HAVE ONLY ABOUT 6 HOURS LEFT To Match (Or Even Exceed!) Robyn's Generous Offer! Can We Do It? YES WE CAN!

If you are on Facebook you can Donate via the BiNet USA "Cause" Page here:

Or you can go to the main BiNet USA Home-page or the "BiNet News & Opinion Blog" and Donate via our PayPal Button:

and remember BiNet USA is an American 501(c)3 Non-profit Charity so that your generous gift is also tax-deductible.
BiNet USA is America's umbrella organization and voice for bisexual, fluid, pansexual, queer-identified and all other of us "somewhere in between" people as well as our lesbian, gay, transgender, "straight but not narrow" and questioning friends and allies. For the past 19 years BiNet USA has facilitated the development of a cohesive network of independent bisexual/pansexual as well as friendly and inclusive communities; promoted bisexual, queer-identified, pansexual and inclusive visibility; and collected and distribute educational information regarding sexual orientation and gender identity with an emphasis on the bisexual, fluid, pansexual, queer-identified and allied communities.
Posted by BiNet USA at 7:15 PM 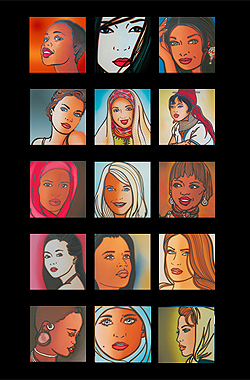 Robyn Ochs says "I am writing to invite you to write for the next issue of Bi Women", which is a quarterly newsletter produced in Boston for women everywhere.

The theme for the Spring 2010 issue of Bi Women will be "BI YOUTH". If you are a young bi-identified LGBT person, 25 or under, tell us your story.

How did you come to identify as bisexual? Or, if you have a non-binary identity but use a different word than bisexual to describe yourself — tell us what, and why.

Where did you learn about bisexuality? Is/was there a Gay-Straight Alliance in your Junior High/High School?

Are your friends accepting of your bisexuality/pansexuality? What about your family?

Do you have any pansexual/bisexual role models? Where do you get support? What advice would you give to other young people who think they might be bisexual/pansexual?

o Deadline: February 5th 2010 -- Let me know right away if you're planning on writing
o Interested in being published in Bi Women? Here are the Submission guidelines
o Send your submissions to BiWomenEditor(at) gmail (dot) com
Posted by BiNet USA at 12:48 AM

TIPS FOR A HAPPY HOLIDAY

If you are gay, lesbian, bisexual, fluid, pansexual, queer-identified, transgender, genderqueer . . .This information was liberally adapted from the holiday guide compiled by the good people at PFLAG (Parents, Families and Friends of Lesbians and Gays)

Don't assume you know how somebody will react to news of your sexual orientation or gender identity — you may be surprised.

Realize that your family's reaction to you may not be because you are LGBT, (Lesbian, Gay, Bisexual/Pansexual, Transgender/Genderqueer). The hectic holiday pace may cause family members to act differently than they would under less stressful conditions.

Remember that “coming out” is a continuous process. You may have to “come out” many times.

Don't wait for your family's attitude to change to have a special holiday.

Recognize that your parents need time to acknowledge and accept that they have a LGBT child. It took you time to come to terms with who you are; now it is your family's turn. Let your family's judgments be theirs to work on, as long as they are kind to you.

If it is too difficult to be with your family, create your own holiday gathering with friends and loved ones.

If you are transgender, be gentle with your family's pronoun “slips.” Let them know you know how difficult it is.

Before the visit . . .
Make a decision about being “out” to each family member before you visit.

If you are partnered . . .
Discuss in advance how you will talk about your relationship, or show affection with one another, if you plan to make the visit together.

If you bring your partner home, don't wait until late into the holiday evening to raise the issue of sleeping arrangements. Make plans in advance. Have alternate plans if the situation becomes difficult at home.

Find out about local LGBT resources . . .
If you do plan to “come out” to your family over the holidays, have support available, including PFLAG publications and the number of a local PFLAG chapter.

During the visit . . .
Focus on common interests. Reassure family members that you are still the same

If you are partnered, be sensitive to his or her needs as well as your own. Be wary of the possible desire to shock your family.

Remember to affirm yourself. Realize that you don't need your family's approval.

Connect with someone else who is LGBT — by phone or in person — who understands what you are going through and will affirm you along the way.

Celebrate the Season In Bi Style!

Support Your Community Buy Some Bi Gifts for the Holidays!
Posted by BiNet USA at 7:07 PM 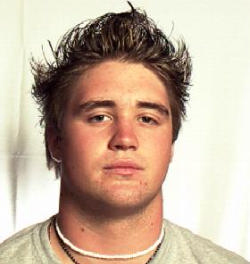 In the eighth grade, I “came out” as gay when I professed my love for Billy H. in an invitation to be my date to our homecoming dance. My girl friends celebrated their new gay friend, excited by the prospect of adding a fashionista to their clique; despite owning a closet of jeans and ratty t-shirts, being “gay” evidently meant a lot more than kissing boys.

In the tenth grade, I discovered (or rather, finally admitted to myself) that I was also into the female form, breasts no longer simply fun pillows at girls’ night sleepovers. I waited until senior year to come out (again), this time as bisexual.

As a wrestler at 6’4’’, 230 pounds, I don’t conform to mainstream conceptions of the gay/queer/non-straight male. Bisexuals are stereotyped as fence-sitters, straddling the divide between queer and straight culture; instead of trying to pass between the two, I too often clash them together (I love blasting Lady Gaga while practicing my shot with a .222 in the Arizona desert). Bisexuality is about contradictions, simultaneously orthodox and heterodox in its practice of sexuality. I, however, find myself bisexual in most every aspect of my identity: a Democrat in the National Rifle Association, a sexually liberal moral traditionalist, a Christian Darwinist, a romantic sybarite caught between intellectualism and frisson’s appeal.

For me, bisexuality is about more than a sexual identity – bisexuality is a philosophy, a method of thought that characterizes how I approach the world and the way in which I lead my life.

Most of my work within the queer community has actually been fighting against it. For all of our efforts to break down gender stereotypes, homophobia and traditionalist understandings of sexuality, the queer community can be incredibly oppressive of members of its collective who are “too straight,” too conservative or just not quite gay enough. The most pernicious discrimination I have faced has been at the hands of my queer friends - while the queer community fights against the mythologization of the gay male as promiscuous, amoral, neurotic and a bastion of venereal disease, we far too often perpetuate that mythologization against the bisexual.

As I continue to blog, I hope to address issues concerning the bi-community, sexuality and its practices and the ways in which homosocial spaces deserve room in a queer community. Sexual history is as deserving of historical attention as the history of nations, militaries and empire, particularly in an age when sex screams to be let out of the closet. The study of the prurient is not itself pornographic. Too often the queer community is chained by sexual mythology (and bisexuals two-fold) – an open discussion and appreciation of the libido, the sex drive, is crucial for any campaign of queer empowerment.

After all, Martin Luther did not simply nail ninety-five theses to a church door in Wittenburg – he placed the sex drive at the core of man’s existence, as necessary as food and water, and launched a Reformation that exploded Christianity in its embrace of the power of sex.

Campus Pride is an American national nonprofit 501(c)(3) organization founded in 2001 which serves LGBT and Ally Student Leaders and/or Campus Organizations in the areas of leadership development, support programs and services to create safer, more inclusive LGBT-friendly colleges and universities. The organization is a volunteer-driven network "for" and "by" student leaders. Campus Pride envisions campuses and a society free of LGBT prejudice, bigotry and hate. It works to develop student leaders, campus networks and future actions to create such positive change.
Posted by BiNet USA at 8:08 PM