The Board of Directors and Members of BiNet USA are proud to stand with the National Black Justice Coalition (NBJC), Gay Men of African Descent (GMAD), Gay & Lesbian Alliance Against Defamation (GLAAD) and many other LGBT and Progressive organizations and people in expressing our profound disappointment with the Recording Academy and the GRAMMY Awards for honoring dancehall artist Buju Banton.

"While BiNet USA will always continue to fight against even the smallest limitation of anyone's First Amendment Rights, in this case we're not asking that his freedom of speech be abridged. We simply object to praising someone for calling for murder, violence and discrimination to be practiced against LGBT People." 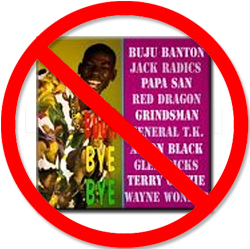 Banton has a long history of advocating violent discrimination against LGBT people up to and including murder in his music including the infamous song "Boom Bye Bye"; in his actions including a widely reported 2004 incident when he was part of a group of young men that forced their way into a private house in downtown Kingston and badly beat the occupants causing one to lose use of an eye, simply on the grounds that he believed them to be gay men; and as recently as October 2009 in his speech when he said "This is a fight, and as I said in one of my songs, 'there is no end to the war between me and faggot' and it's clear."

Additionally Banton has further shown himself to be an untrustworthy person of low morals who is not the type of person society should hold up and honor, especially in front of youth since he has on the one hand signed agreements as late as 2007 repudiating violence as a method for working out social differences in an attempt to appease Western European/American audiences while at the same time running back and laughing behind their backs to his hometown crowd loudly stating that his violent views remain the same. And then just in December he further showed his bad judgment in involving himself with some fast-buck artists that has resulted in him having USA Federal charges for conspiracy to possess with intent to distribute several keys of cocaine. 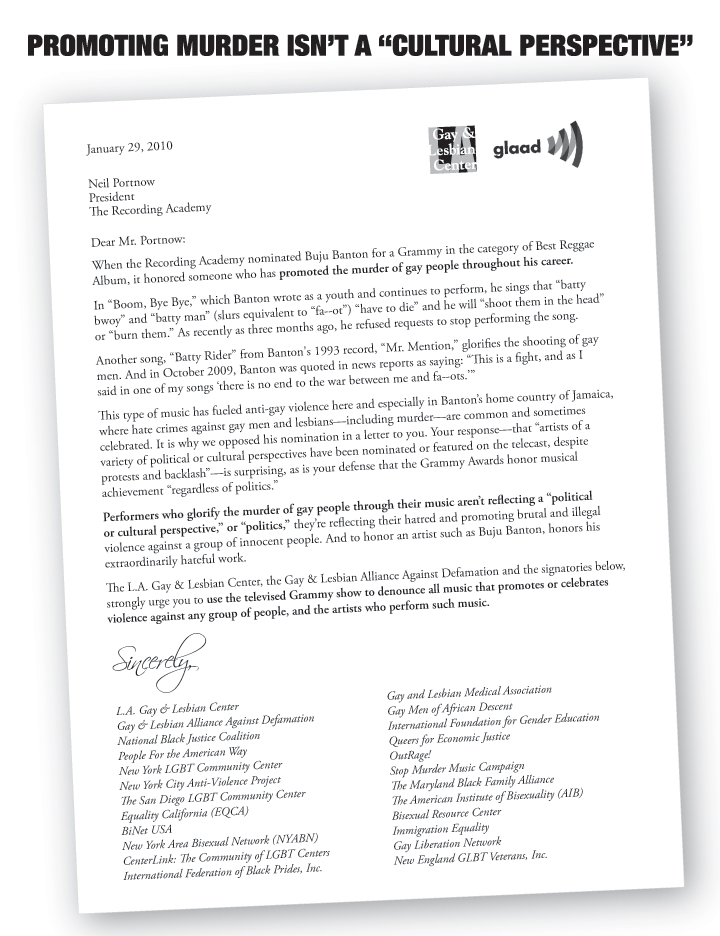 All in all Banton has continued to show himself to be a disappointing young man who has not yet learned from experience and instead wastes his considerable talent in selfish and anti-social endeavors. This activity harms himself most of all in addition to his fans.

We also find that it is short-sighted and irresponsible for the Recording Academy to encourage and reward someone who has the potential to be such a fine artist and a good example for his culture and community to continue in this childish self-destructive behavior simply so the music industry can garner free publicity and make money off of his sad public folly.

To be of real assistance to the LGBT people of Jamaica, please support their national LGBT group, the Jamaica Forum for Lesbians All-sexuals and Gays J-FLAG.

# # #
For more information, please visit BiNet USA on the Web at: