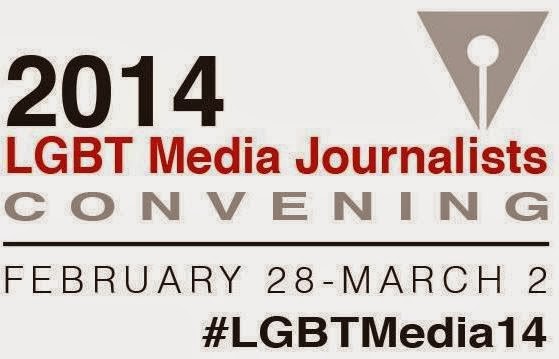 This weekend Faith Cheltenham, BiNet USA President will be in attendance at the 2014 LGBT Media Convening hosted by the National Gay & Lesbian Journalists Association, with sponsorship from the Haas Jr. Fund. MSNBC anchor Andrea Mitchell is the keynote speaker for the Friday night reception, and on Saturday we'll visit the White House really early in the morning before we have our full day of panels.  Bi Icon and Bi Women's Magazine editor Robyn Ochs will be a panelist on Saturday too!  As usual there's a "fan meetup" on Saturday evening, this time at the Green Lantern at  at 9:30pm.

BiNet USA extends a cordial invitation to the Bi DC community, Faith would love to see you! If you plan on attending please email president@binetusa.org so Faith knows to expect you! You can also signup on the meetup Facebook page. Use #LGBTMedia14 on Twitter for live-tweeting too!

I met Dr. Mimi Hoang—psychologist, author, co-founder of the Los Angeles Bi Task Force and the bisexual social group amBi, and self-proclaimed “professional bisexual”—at the Islands Restaurant in Manhattan Beach about a month ago. She’d recently returned from the Bisexual Roundtable at the White House, a meeting with bi leaders from throughout the country. The White House event was the first-ever meeting of its kind, and the proceedings were, for the most part, confidential. Despite the White House’s official silence, bi leaders were ecstatic just to have the audience and the spot on the official schedule.
This lack of a bi voice in the national conversation, up until now, is both confounding and infuriating. Bisexuals make up more than half of the roughly 8 million American LGBT people, but we are out at staggeringly lower rates than gays and lesbians. Bi men and women are four times as likely to have considered suicide than their gay and lesbian counterparts. In one particularly depressing 2003 UC-Davis study, people were asked to rate bi people in comparison to other ethnic, religious, and social groups. Bisexual men and bisexual women ranked only behind IV drug users. More recent studies have shown that these attitudes have not improved much.
I’m bi, I’ve written about it, and I was thrilled to hear what Dr. Hoang had to say. But I still tend not to discuss bi issues loudly in public spaces. I get tired of the questions from strangers, get tired of being told I don’t exist by straight and gay people alike, even eavesdroppers in restaurants. So I chose a table in the corner, away from the bar, ordered some nachos (which I learned is the worst food you can possibly order during an interview), and Dr. Hoang and I talked.

Read the rest over at The Rumpus!
Posted by Unknown at 4:57 PM

The RI Bi Resource Network was formed in 2013 by Katrina Chaves, with the intent to be a safe space for creating change. Through connecting, sustainable giving, and building resources for our Rhode Island bi (& bi ally) community, we hope to raise awareness & nurture a more bi-friendly world.  Visit the RI Bi Network at http://www.ribinetwork.org

Through Bi Eyes
By Katrina Chaves

"Where's the bi section?" I asked.
"You're holding it," the store owner replied dismissively, before turning to his next customer.

In my hand was a copy of Bisexual Erotica. One single solitary anthology comprised their entire section of bi literature. I could not hide the irritated expression on my face. Was this a New Hampshire suburb? Was I standing in Barnes & Noble?
No.
I was in an independent bookstore in Provincetown, Massachusetts.
(If ever there was a blatant example of bi invisibility, this was it!)

For many years, my sister, Rawley, and I have enjoyed trips to Commercial Street in P-town. However, on this occasion, we had come for both pleasure and work: filming part of our documentary "The Other B Word." Our hope (and expectation) had been to find open-minded folks speaking freely - but what we found was clearly the opposite. Nobody, it seemed, was comfortable discussing bisexuality or biphobia on camera. It was the beginning of Carnival week, and yet, instead of witnessing Pride, we were confronting our own Puritan roots once more.
We were told to visit the sex toy stores, or come back during "Tall Ship Week" by one cashier, as she glanced apprehensively out the window. She spoke of "straight couples" frequently interested in threesomes, when the "straight men dress up as women.” I wish I was exaggerating or stretching the truth here, but this was, incredibly, the only detailed response we received from locals. Nobody wanted to talk.
When folks do want to talk, what I hear is often hateful. It may be 2013, but my community continues to endure myriad "biphobic blunders," as I like to call them.   It is this absurd prejudice that inspired our film project, for discrimination of any kind is intolerable.  It is an assault on the senses- a denial of universal truth- and only serves to inhibit our quality of life.
To provide a snapshot of what we experience regularly, I'd like to share a few recent incidents that left me rather... bi-furious:
* In reference to my partner (also a bi woman), I've been awkwardly asked, "You're both bi? So how does that work?" It "works" out just fine, as shocking as that may sound. This is not an appropriate way to make small talk, so it would be nice if people remembered their manners.
* While "confused" is an adjective that can be accurately applied to many people/situations, it is not a word that describes my bisexual identity. Recently, some coworkers and I found ourselves goofing around on lunch break. We were writing funny nametags for each other, and one especially sarcastic individual wrote "Confused" on mine: as in, "Hi, my name is Confused." When he saw the look on my face, he regretted the offensive "joke," so I attempted to engage in brief-but-productive dialogue. I'm sure the conversation did little to change his opinion, but I think it taught him to keep certain opinions to himself.
* "Bisexuals don't exist." Yes, this grenade was tossed at a recent holiday party and absolutely infuriated me, although I didn't show it. I could not tell if the slinger-of-stupidity was baiting me, so I saved my debating skills for a more sober time. However, I wanted to say: "We do exist; we are as real as the drunk state you find yourself in, but not nearly as problematic."
* "He thought you were one of those faux bisexuals." I must say: This phrase makes no sense whatsoever. Faux bisexuals? Sometimes people have pretended to pass as straight or gay for various reasons - but who pretends to be bisexual? Hint: NOBODY. And if someone does pretend he/she is bi, they are not representative of our community. One person's lie does not define an entire group. We are who we say we are. And my sexual orientation is not yours to scrutinize and analyze.
* "You never miss being with a *fill in the blank here*?" No. I do not want to discuss that part of my life with you. Many bisexuals practice monogamy, and for you to assume that we are incapable of doing so, or assume that we find it unfulfilling- well, how about we just STOP with the assumptions?

It is important to consider how far bisexuals have come, politically and culturally; Yet, because of recent events, I find myself reflecting upon the amount of work we still have before us. From our very first afternoon spent filming The Other B Word, my sister and I received fantastic support from LGBT’s in all walks of life. At the same time, we've been shocked by the number of bi men who agree to be interviewed “only if” we blur their faces or alter their voices. Moreover, given the stigma attached to bisexuality in communities of color, we've struggled to find a single man of color willing to speak on camera. Regardless of the “progress” currently celebrated by groups like the HRC, the fact still remains: Too many of us are literally living in the shadows.

In an ideal world, dualities would peacefully co-exist with room in between for shades of gray. But the sad truth is: our current sociopolitical system is one of coercion. Many people are forced to reside at opposite ends of the spectrum, regardless of where they feel comfortable. This pressure takes many forms, both subtle and intrusive. For prejudices to change over time, to successfully eliminate this pressure, we must focus on education. More specifically: the education of monosexuals regarding their own privilege.
If monosexuals don't engage in these conversations, and become aware of their responsibility, we cannot expect to see real, tangible changes in our lives. Each and every one of us must examine our place in different hierarchies; we must do a better job of loving our neighbors ....and educating them, too.
My biggest goal in directing The Other B Word, when this project began, was to provide an additional educational resource along these lines. While I don't believe my goals have shifted, I now feel an even stronger passion for empowering bi men and women. Life is too precious and fleeting to be lived in shadows.  Which leads me to think, perhaps our catchphrase should not be "It Gets Better," but instead: "We Deserve Better."
Because we do.
We really, truly do.
Posted by Unknown at 4:40 PM 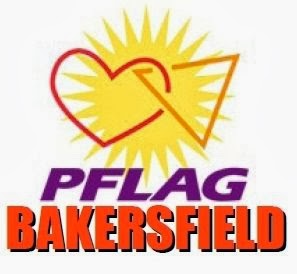 Can't make it? Email president@binetusa.org for opportunities to set up a visit from Faith to your town, organization, club, community center or meeting!

Special thanks to Helen Acosta for the introduction!
Posted by Unknown at 8:18 PM

TEP has a short survey for Bi people in TN! If you live in Tennessee please take the survey and let them why it's so important to service the bisexual community: http://tinyurl.com/TEPBi2014

Don't forget to share the reality of our lives. If you need some #BisexualFacts referencing the enormous amount of disparities bi folks experience please click here.
Posted by Unknown at 7:40 PM