Correct the Definition of Bisexuality on Dictionary.com to reflect the Bisexual Community's Definition

It is important for bisexuals to be able to voice their definition of their own sexuality.
Please sign this petition for the inclusion of the bisexual community's definition of bisexuality to be added to dictionary.com.


For a reference of bisexual organizations, resource centers, activists, and other campaign's definitions, please see below:


“Bisexual - A person whose enduring physical, romantic and/or emotional attraction is to other people of various sexes and/or gender identities. Individuals may experience this attraction in differing ways and degrees over their lifetime.”


“The BRC uses bisexual as an umbrella term for people who recognize and honor their potential for sexual and emotional attraction to more than one gender. We celebrate and affirm the diversity of identity and expression regardless of labels.”


- The American Institute of Bisexuality


“A bi person has the capacity for romantic and/or sexual attraction to more than one gender.”


“This is how we define it: A bisexual is someone who is attracted to more than one gender. You might care about the gender of your partner a lot, a little, or not at all - but their gender doesn’t prevent you from being attracted to them.”


“Bisexuality (or bi) is commonly defined as being attracted to both men and women. However, many members of bisexual communities tend to prefer the definition: ‘a changeable sexual and emotional attraction to people of any sex, where gender may not be a defining factor’: the emphasis here is on being attracted to more than one gender or being attracted to people regardless of gender.”


“Bisexuality is the potential to feel attracted to and to engage in sexual and/or romantic relationships with people of any sex or gender.”


“Bisexual | A person emotionally, romantically, sexually and relationally attracted to more than one sex and/or gender, though not necessarily simultaneously, in the same way or to the same degree.”


As you can see, the bisexual community is currently defining their sexuality as an attraction to more than one gender. This is an inclusive term that reflects the diverse nature of gender identity, and it includes those who do not identify as one of the binary genders (male and female). It is inclusive of our genderqueer, transgender, and intersex peers. We ask that you please change your definition of bisexuality to an "attraction to more than one gender" as this reflects the definition the bisexuality community has been using.

Correct the Definition of Bisexuality on Dictionary.com
to reflect the Bisexual Community's definition


"Every time someone defines bisexual as binary, the chances we lose a member of our community to harm increase. Every time someone defines bisexuality incorrectly, less bi, pan, fluid, queer (bi+) are able to find help, support and understanding from a community that goes back 50 years. This is one of the more important petitions you will sign today, because every signature represents the hope that we don't have to lose anyone else."
-Faith Cheltenham

Thank you Katie Carbrey for starting this petition! 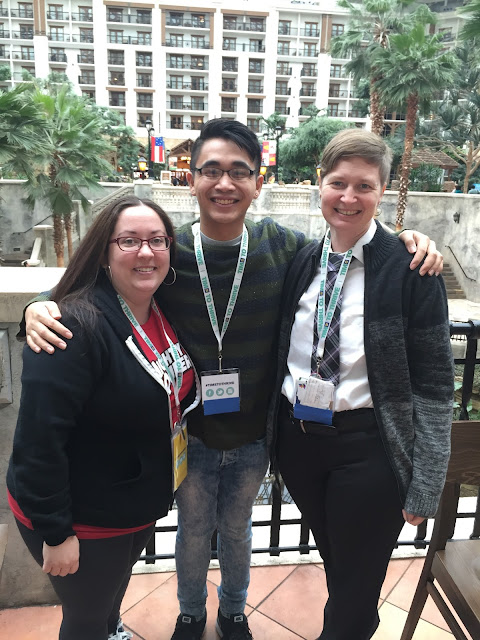 Below is a description of their workshops and speech
Getting Bi+ (Pan/Fluid/Omni/Poly/Queer/Unlabeled)
From the White House to Miley Cyrus, bi+ people are moving an agenda. In this session, we'll smash the myth of bi+ privilege, interrupt biphobia, and put our pansexual people in the spotlight as we rocket beyond sexual orientation binaries. You'll leave ready to support those attracted to more than one gender in your GSA (Gender and Sexuality Alliance). We'll highlight resources like HRC's Supporting and Caring for our Bisexual Youth and a guide for making student groups bi+ affirming.
Presenter: Mary Hoelscher, Program Specialist, Out for Equity, Saint Paul Public Schools, Minnesota

Visibility, Stigma, and Support: A Conversation with Bi+ Youth
Human Rights Campaign Foundation
This workshop will explore how issues of visibility and stigma affect young people who identify as bisexual, queer, pansexual, or similar ("Bi+"), and what peers and adults can do to support these youth. Presenters will draw on psychological and sociological research to explain how experiences like "passing for straight," exclusion by both straight and gay/lesbian peers, and a distinct coming-out process can affect Bi+ youths' well-being. They will then invite Bi+ youth attendees to brainstorm strategies for making LGBTQ youth settings fully Bi+-inclusive.
Presenters: Beth Sherouse, PhD, Senior Content Manager, Human Rights Campaign Foundation; Paolo Veloso, HRC Youth Ambassador


Special thanks to HRC's Vincent Pompeii and Dr. Mimi Hoang, Loyola Marymount University for their support of bi+ youth voices.
Posted by The BiCast at 8:27 PM

The bisexual community mourns the loss of Nick Hawkins

The Bisexual Community mourns the loss of Nick Hawkins of Dora, Alabama 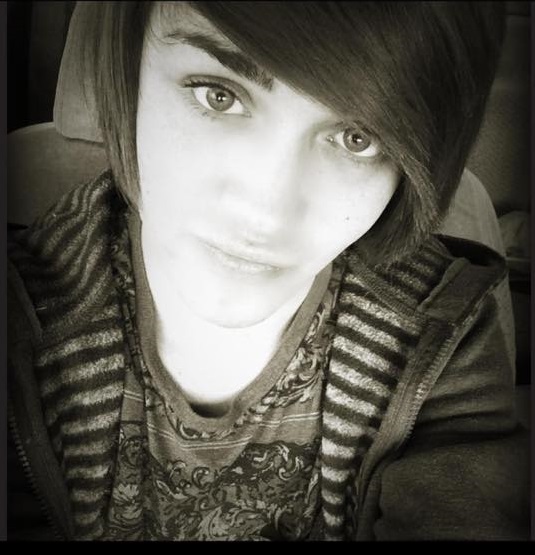 Nick Hawkins disappeared Saturday night, February 14th, after calling his mother and reporting "someone is trying to kill me" That was the last contact from him. His car was found Sunday morning outside a residence. According to AL, on Tuesday evening a body was discovered wrapped in covering in Walker County at an “illegal dump site.” The body was discovered after the police responded to a tip and found the body in a wooded area less than a few hundred feet from the road. Authorities confirmed on Wednesday that this was the body of Nick Hawkins.

Nick was out and proud at school about being bisexual. Although not enough information has been released to know if this was an act of violence due to his sexual orientation, it is important to note statistics show biphobia plays a big part in bullying and violence.

It's equally important to note the bisexual erasure in several articles reporting on Nick, that don't include his orientation. Buzzfeed did state that Nick was bisexual in their article, but neglected to include that in the headline. Nick's orientation mattered to him, and his loss is certainly a headline for our entire community.

It is important to refer to the bisexual identities of people lost to violence, but sadly this has not been the case historically. This leads to the frequent impression that bisexuals are not victims of discrimination and violence, when we very much are.

BiNet USA sends its deepest condolences to the Hawkins family, to Nick's friends and to all the communities Nick called home.

Email ThisBlogThis!Share to TwitterShare to FacebookShare to Pinterest
Labels: In Memoriam, Nick Hawkins 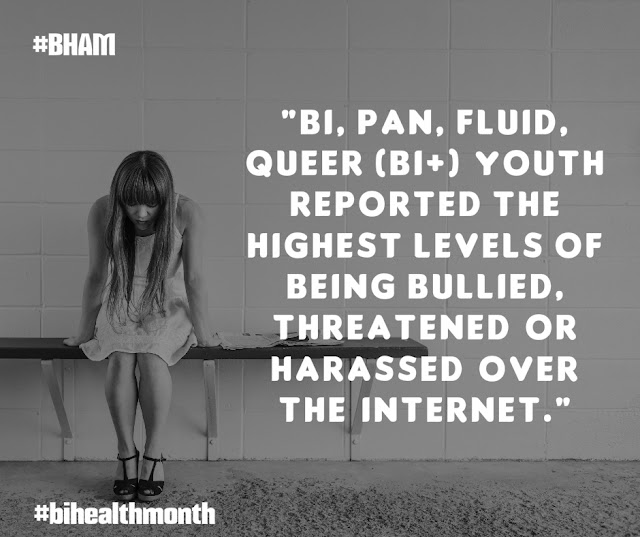 Today, The Bisexual Resource Center and BiNet USA trained the staff of the Trevor Project in bisexual cultural competency and the needs of bi, pan, fluid, queer (bi+) youth. As far as we know, this is one of the first times The Trevor Project has had a bi training for their entire staff! It's great to see more and more LGBT organizations recognizing the need for training on different LGBTQIA communities, by the communities themselves! Kate Estrop, Bisexual Resource Center Co-President kicked major butt with a brand new bi+ youth training that BiNet USA helped draft and find memes for! BiNet USA President Faith Cheltenham, presented an updated BiNet USA Bi 101 presentation with animations! We had special guest appearances in our presentation from Lynnette Mcfadzen, Still Bisexual (HUGELY POWERFUL MOMENT), and described label wars as a form of violence frequently used against bi, pan, fluid, queer (bi+) youth, along with other forms of diminishment. Faith quoted Kate Bornstein and Julia Serano and Kate relayed data point after data point in a cheerful, yet deeply effective way (with a sexy scarf to boot, #webcamsquadgoals). We hit the major topics we see facing bi+ youth with assists from so many like Mary Helen Hoelscher and Bisexual Organizing Project-BOP, Julia Canfield, Melinda Brown, Michael Prager, Lindasusan Ulrich and more. And, of course, we repeatedly referenced the excellent work from Amy Andre, Beth Sherouse and Human Rights Campaign to create the 2014 bisexual youth report. We named Blake, Taylor, Alyssa, and Adam and shared the lived experience of our youth, in hopes that more lives would be saved and celebrated. It was excellent.

A towering talent, an intellectual genius and a kind hearted teacher beloved by many, Dr. Farajajé's writing on the decolonization of queer theory "took off where Audre Lorde left off". Like Lorde and her dear friend the Black bisexual poet June Jordan, Dr. Farajajé transitioned too soon from this life to the next.

We extend our deepest condolences to Dr. Farajajé's partner Katherin and his son Issa, as well as his adopted son Kuji Mah Ajani during this difficult time.

During his life, Dr. Farajajé was an inspiration to many different communities, and many of our elders mourn a great loss in the passing of a founding father of bisexual movements.

In 1995, Dr. Farajajé and his family were featured in a groundbreaking cover story on bisexuality for Newsweek.

Some of our favorite quotes from the article:


"The large number of multiracial people in the bi movement is a powerful parallel," says Farajajé-Jones, 42, a divinity professor at Howard University who sports four tattoos and multiple body piercings, "We are taught we have to be one thing. Now people are finding they don't have to choose."' - Newsweek Archives

"Farajajé-Jones, who has a 2-month-old baby with his bi partner, Katherin, is determined that his child, Issa-Ajamu, will know no gender barriers, With help from a fillable, strap-on tube, both parents will breast-feed. And when people ask if the child--who has both ears pierced--is a boy or a girl, Farajajé-Jones responds: 'Ask the baby.'" - Newsweek Archives

According the BiNet files we know Dr. Farajajé (formerly known as Elias Farajajé-Jones) was also an organizer at critical times in the bisexual movement :

Most recently Dr. Farajajé served as Provost at the Starr-King School For The Ministry in Berkeley, CA, where his areas of focus included "digital media; Shi’a studies; intersectionality; bodies and performances of embodiment/genders/sexualities/identities through ritual, constructions of ritual space, environmental politics and aesthetics within religious contexts; politics of identity; post-colonial/decolonial/transmodern theory; Islamic cultural studies and critical theory; Islamic feminisms; Andalusian studies; Bosniak Islam; Islam and the African diaspora in the Indian Ocean world; Alevi studies; history of Sufism in Turkey; history of Islam in India; Hindu-Muslim relations; histories of Mizrahim, Sefardim, and other Jewish communities; Jewish and Islamic mysticism; Eastern Orthodox and Islamic mysticism (Hesychasm and tasawwuf); ritual music; Islamic environmental studies; global HIV; popular culture and Islam; and notions of the “border” and of fluidities".

While he's no longer accepting messages on this plane, you can still peruse Dr. Farajajé's CV, it also functions as a handy reading list for any gender, sexuality or religious ground breaker or barrier buster.