This weekend, BiNet USA is launching a new campaign, the Bi Stories Project at Comic-Con in San Diego, CA (July 21-24). The project launches in conjunction with a Comic-Con panel on Sunday, July 24th at 3pm, “Bisexuality and Beyond: New Frontiers in Popular Culture.” Sponsored by the BiNet USA Bi Stories Project and Prism Comics, the panel features these amazing panelists in a conversation with BiNet USA President Faith Cheltenham:

San Diego - BiNet USA, the nation’s umbrella organization and voice for bisexual, pansexual, fluid, queer (bi+) people, will launch a new campaign at this week’s upcoming Comic-Con (July 21-24), focused on bi+ people and their families and loved ones sharing their stories. The stories will be collected as part of a program aimed at raising awareness of the discrimination bi+ people face, as well as the journeys of those who love and support them.

“It’s so important to uplift the voices of bi+ people and empower them to tell their stories,” said BiNet USA President Faith Cheltenham. “Too often, the media sensationalizes our identities and experiences, and fails to represent the incredible diversity of our community. Bisexual people and those who know and love them need to see stories that represent their lives and the challenges they face.”

The panel and the Bi Stories project, along with BiNet’s other work, is meant to raise awareness and visibility about the numerous disparities the bi+ community faces –– including higher rates of physical and mental health problems, and lower levels of social support –– compared to both their lesbian/gay and non-LGBTQ counterparts. Bi+ people also face discrimination and biphobia from within the LGBTQ community, making it more difficult to be out and connected with a supportive community.

Earlier this month, BiNet USA’s Bi Stories Project co-sponsored programming at the annual Netroots Nation conference, including a “chill space” for Lesbian, Gay, Bisexual, Transgender, and Queer (LGBTQ) people of color, and an event highlighting the voices and experiences of bi+ people of color, #BiPOC Speak Out.

“We’re so excited to continue bringing greater visibility to the bi+ community,” said Cheltenham. “The more people who see us as human beings, and who understand our struggles and experiences, the closer we get to true equality and inclusion.”

To participate in the program, please visit binetusa.org/bistories and use the #bistories hashtag on social media to follow along with all of our Comic Con activities!

As America’s umbrella organization and voice for bisexual, pansexual, fluid, queer (bi+) people, BiNet USA facilitates the development of a cohesive network of independent bisexual and bi-friendly communities; promotes bi-inclusive visibility; and collects and distributes educational information regarding sexual orientation and gender identity with an emphasis on bisexual communities.
Posted by Unknown at 5:29 PM 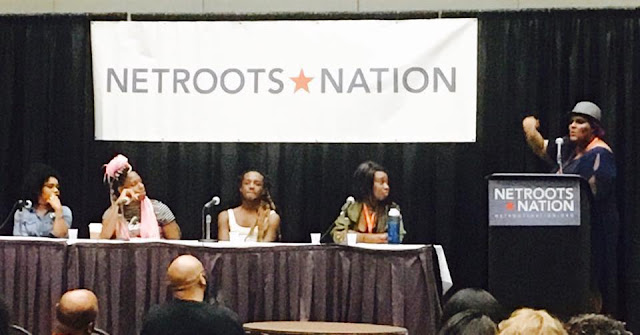 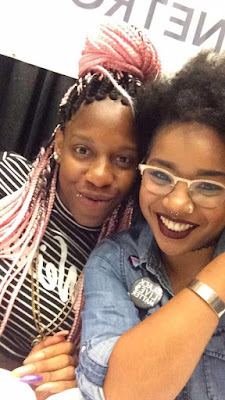 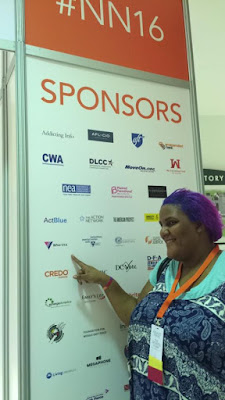 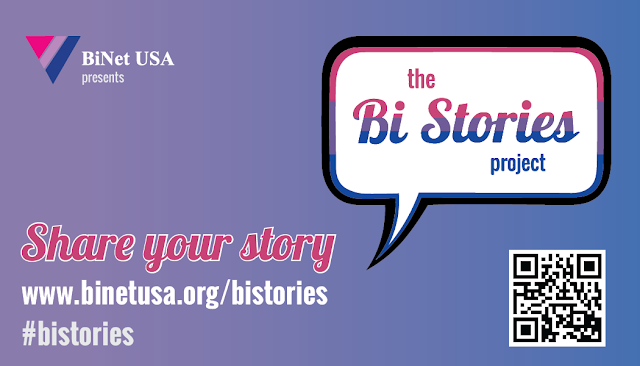 BiNet USA is working to collect stories from people who believe in the values of hard work, freedom and opportunity — and agree it’s time to end discrimination against lesbian, gay, bisexual, and transgender people nationwide. We are focusing on stories of discrimination against bi people.  Why?
Yet, even though bisexual people make up more than one-half of the lesbian, gay and bisexual population, our stories of discrimination rarely appear in the media or in testimony before legislative committees.  We need to educate the general public, policymakers and mobilize the bi community and our allies to demand change.
This project is designed to start fixing this shameful reality by putting a spotlight on the real stories of discrimination bi people face every day. We need your help to do this!
If you are bi, a parent of a bi person or sibling, aunts/uncle or grandparents of a bi person and you or your bi relative has experienced discrimination because of sexual orientation, your voice matters and we want to hear from you!
www.binetusa.org/bistories


This Year’s Pride month brought us this this historic event hosted by The White House. We are so excited and encouraged to see representation of of our diverse and beautiful community in attendance.
Remarks by the President at LGBT Pride Reception
(June 09, 2016) 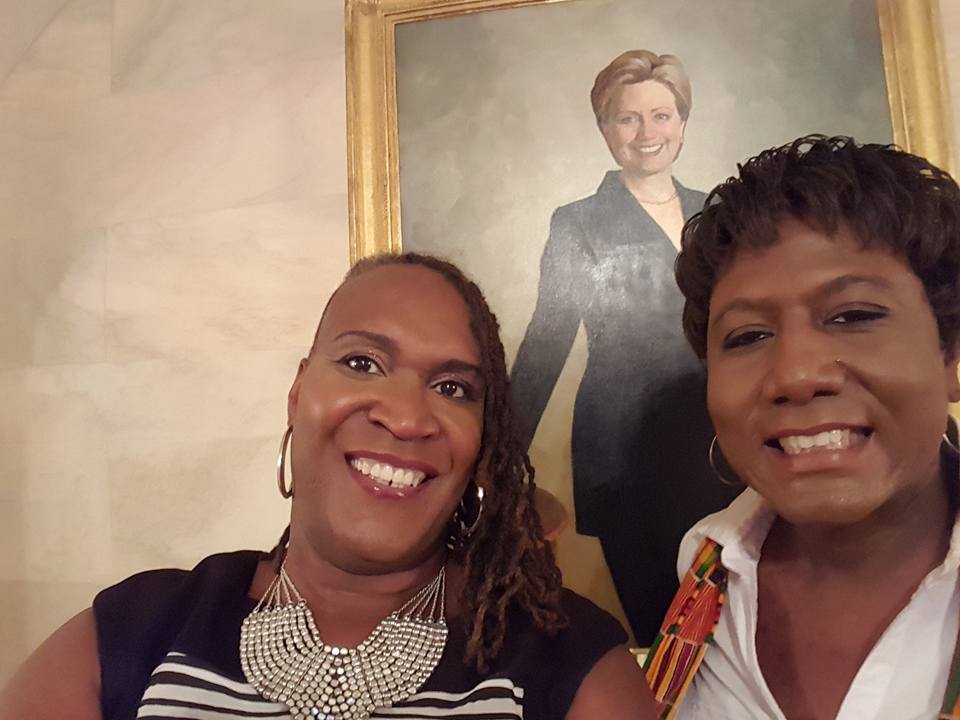 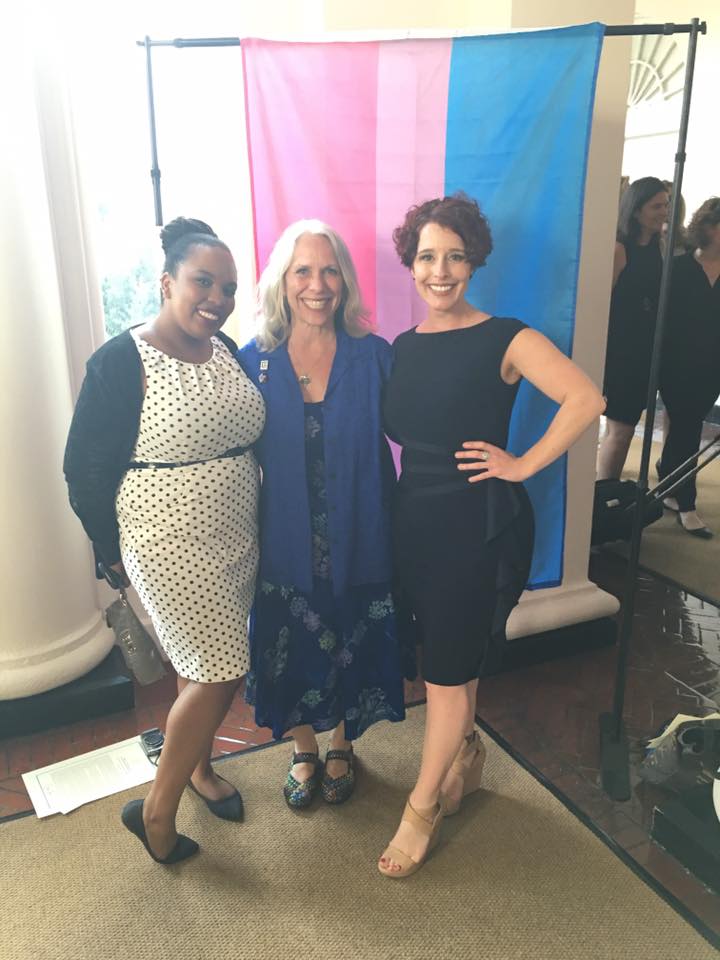 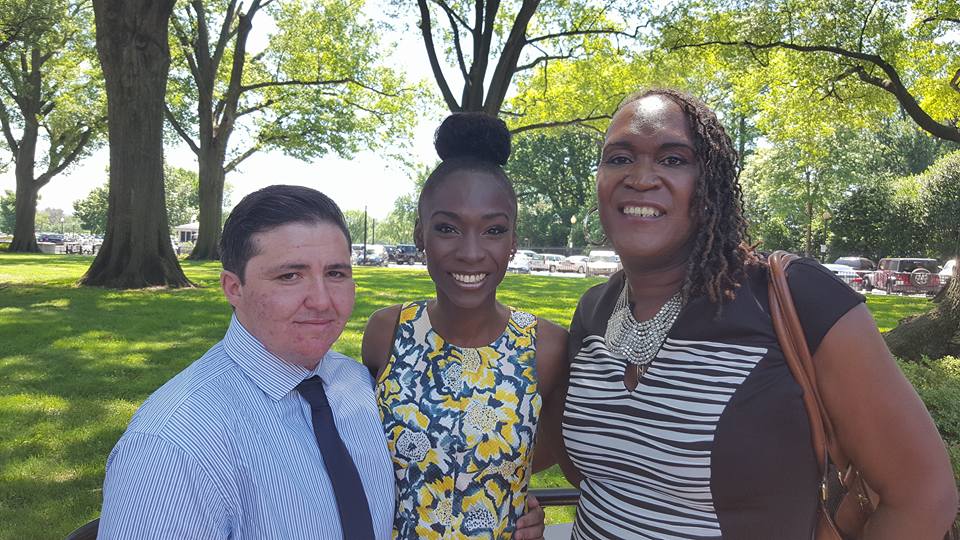 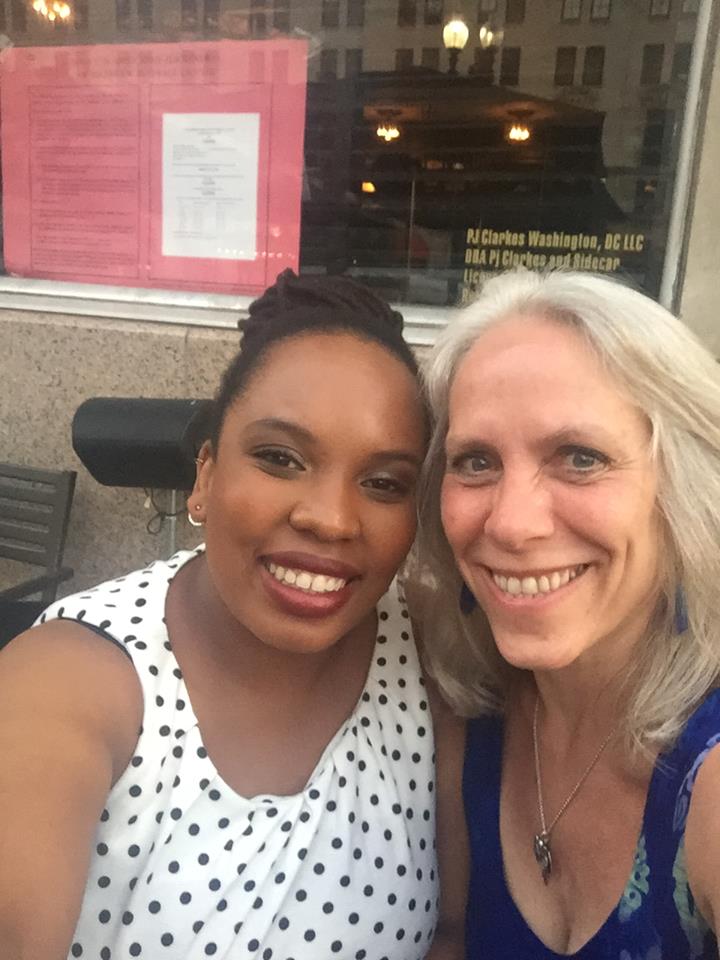 Keynote Andrea Jenkins at BECAUSE 2015

HER STORY is a new-media series that looks inside the dating lives of trans & queer women as they navigate the intersections of desire & identity.

June 28, 2016- Single-occupancy restrooms at restaurants, bars and other public places in New York City will all be gender-neutral under a new law signed Tuesday by Mayor Bill de Blasio.

The bill, which requires that "men" and "women" signs on single-stall restrooms be replaced with ones indicating they are unisex, is "yet another step toward becoming a place where all can live with dignity, free from fear and free from judgment," the mayor said.

Bryan John Ellicott, BiNet USA Board Member and Supervisor for Runaway Homeless Youth Drop In Services at The Door , who was instrumental in bringing this to fruition, reports on  New York City adopting gender-neutral bathrooms 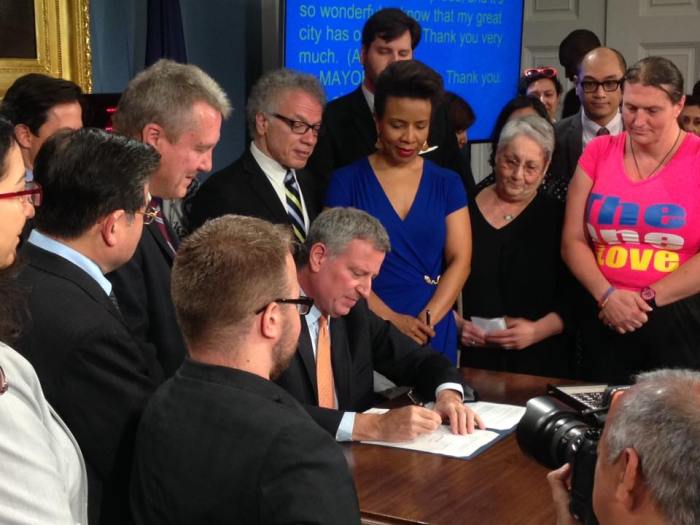 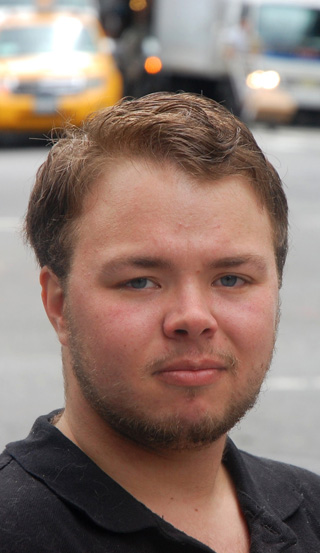 On June 27, 2016 Matthew Sandusky represented BiNet USA at the dedication of the Stonewall Inn as a National Monument. Stonewall has been called the birthplace of the LGBT movement. It is located at 53 Christopher St in Greenwich Village, New York.

On June 28, 1969,The Stonewall riots were the flashpoint that launched the LGBT movement. Pushing back on years of oppression and harassment by the NYPD, the patrons and the crowd outside exploded.

Black Bi/trans activist Sylvia Rivera and Marsha P. Mason were at the forefront of the riot. And bisexual activist Brenda Howard, the “Mother of Pride” was inspired to create the first LGBT March on Christopher Street.

The Power of Place: From Selma to Stonewall 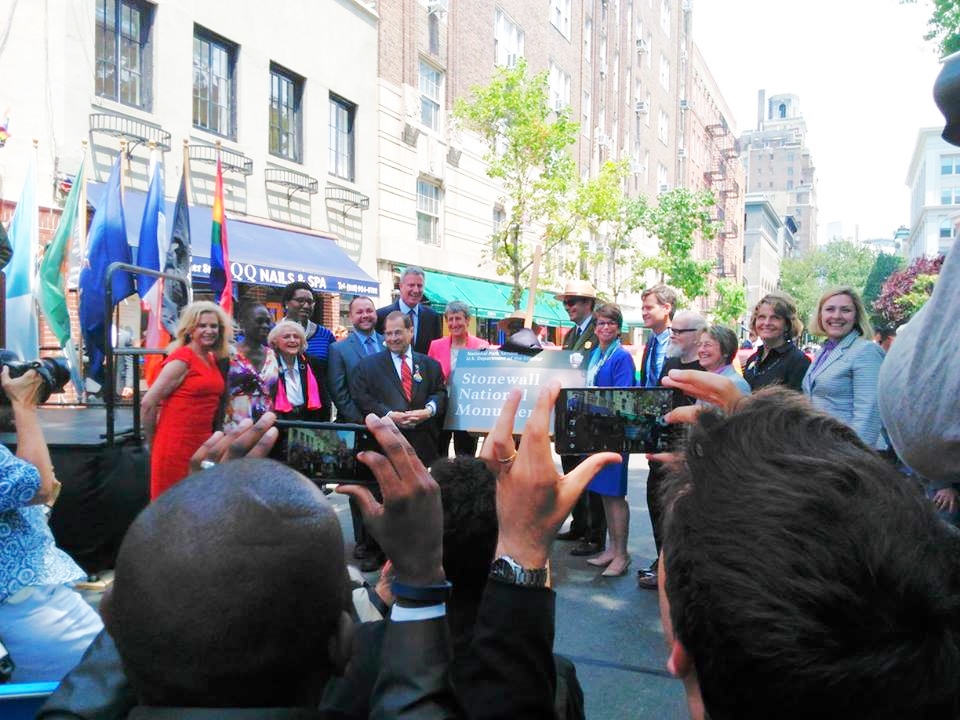 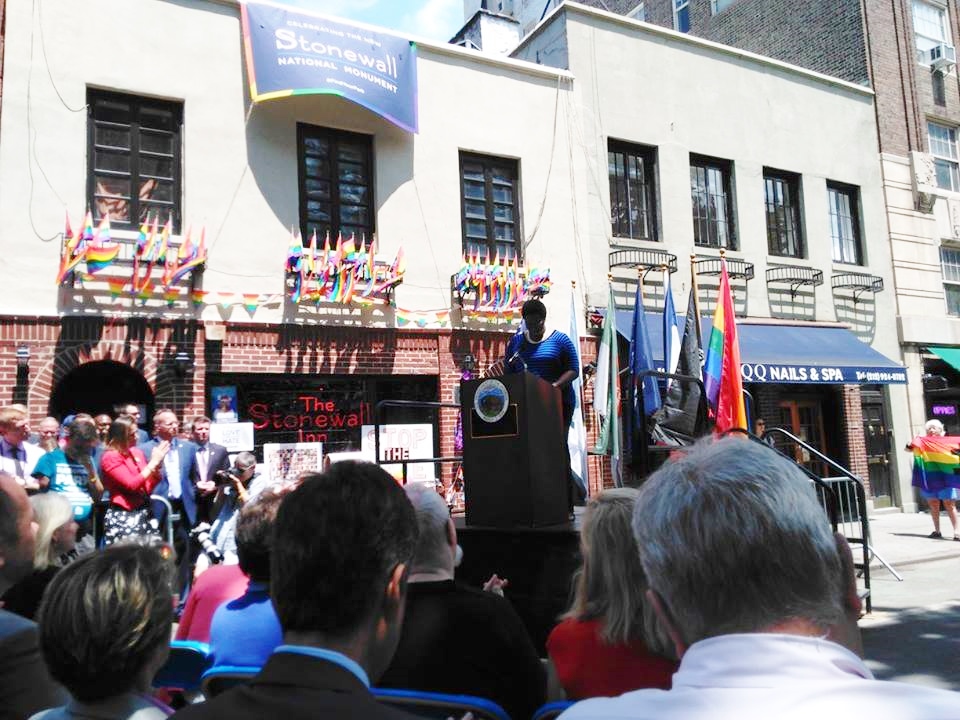 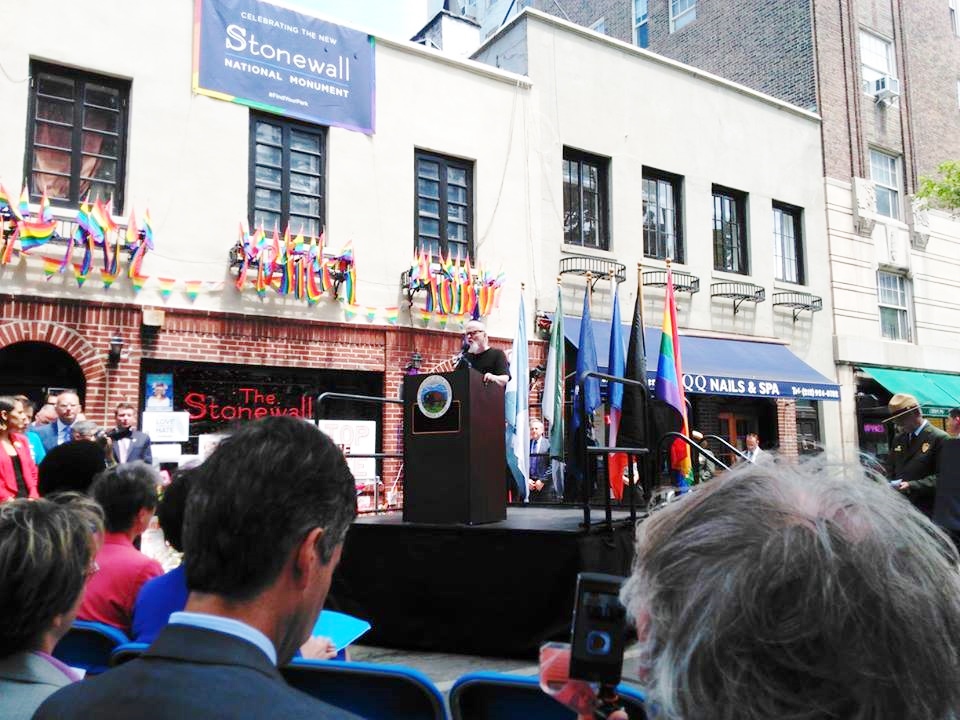 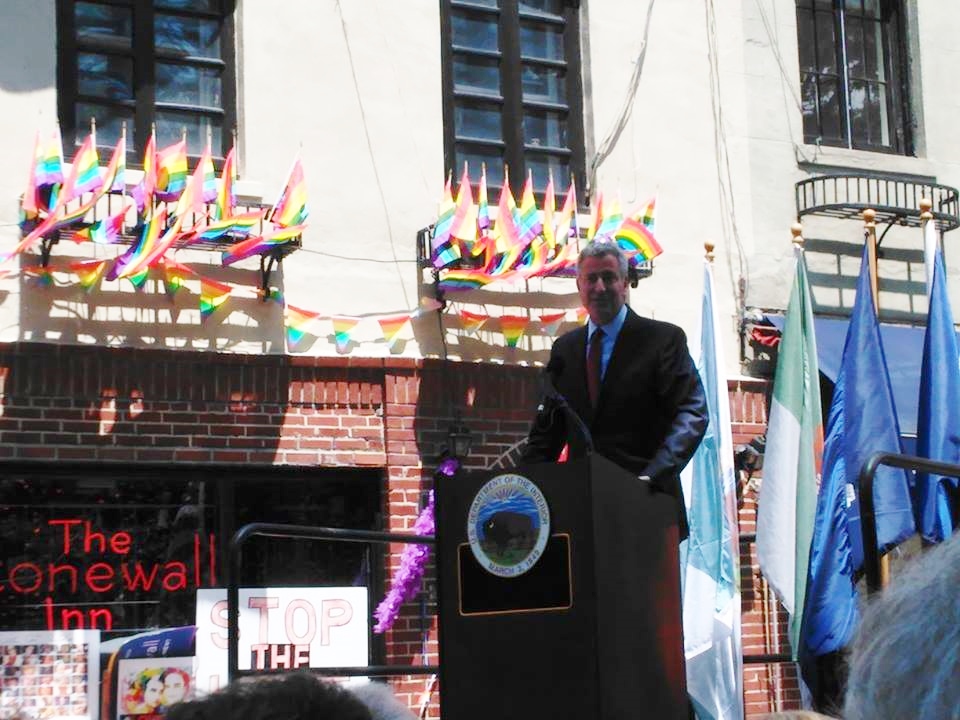 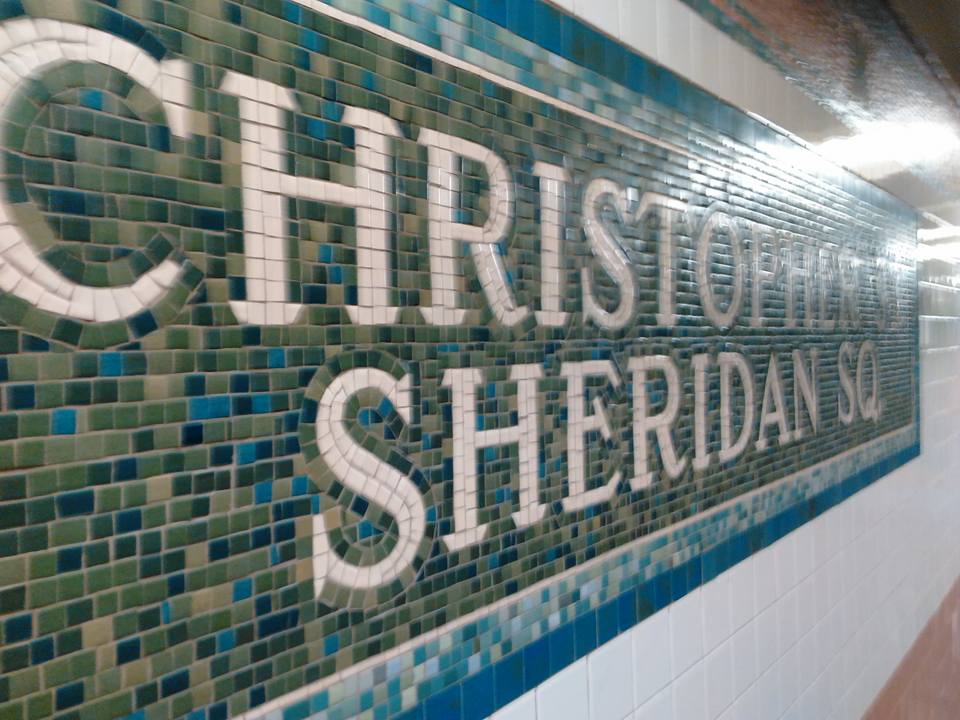