September 23 is Celebrate Bisexuality Day (often abbreviated CBD), where bi+ community members and our allies speak out about who we are and the challenges we face. It is also referred to as Bi Visibility Day and Bisexual Pride Day. Three bisexual advocates--Wendy Curry, Michael Page and Gigi Raven Wilbur--conceived of and launched the event in 1999 as a way to increase bisexual visibility. Decades later, we observe this day as part of Bisexual Awareness Week, with events around the world celebrating bisexual culture, community, and history. In 2013, the White House held its first ever bisexual community issues roundtable on Celebrate Bisexuality Day, and in 2015, bi advocates were invited back to the White House for another event.


About The Bisexual Pride Flag 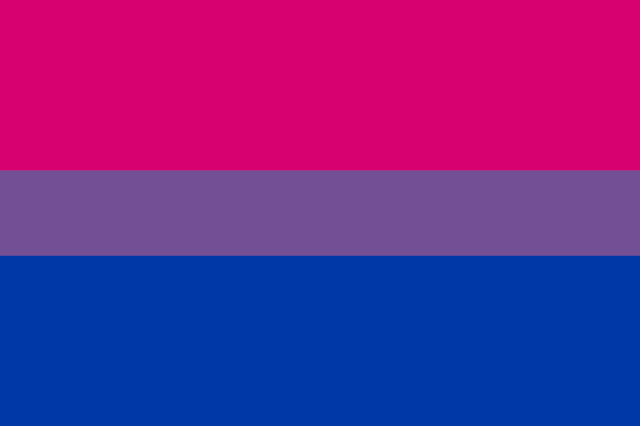 Designed by Michael Page, the bisexual pride flag is comprised of three stripes: one pink, one blue, and a purple middle strip. The stripe colors and widths, from top to bottom, are pink (40%), purple (20%), and blue (40%). It is not patented, trademarked, or service marked.
Posted by Unknown at 8:00 AM